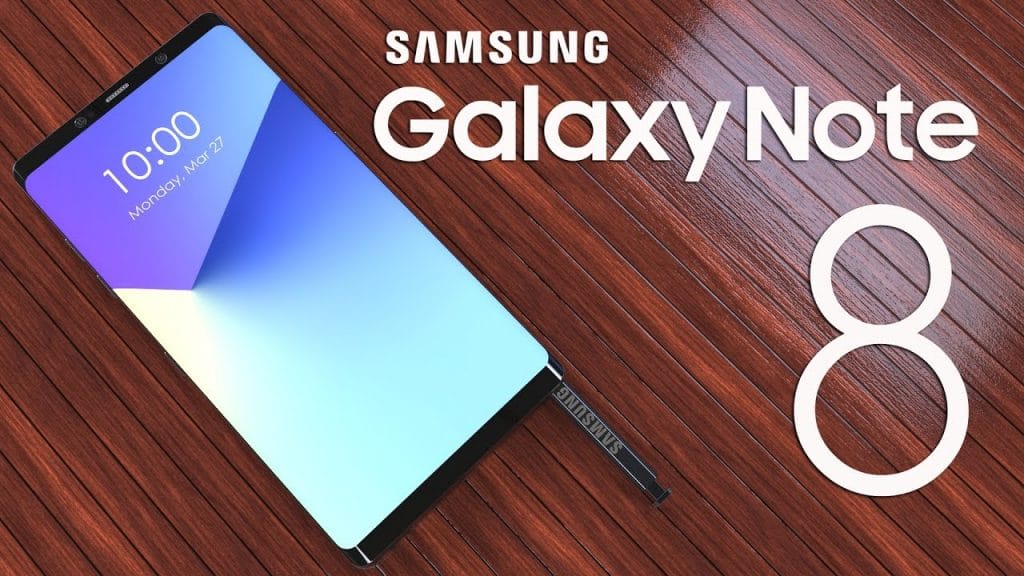 One of the hottest gadgets to come out this year is of course the Samsung Galaxy Note 8. With the familiar smoothly curved body of last year’s Note 7, the Note 8 retains the same amazing design language albeit with a few noticeable upgrades. First of all is of course the dual camera system. With many manufacturers coming out with their own method of managing two cameras, the Galaxy Note 8 has opted for the “zoom” implementation. With the zoom lens, you are now able to zoom and take surprisingly stable shots (thanks to the OIS on both cameras) and a new Portrait Mode-like functionality called Live Focus. However, this is just one of the many upgrades that Samsung has brought to the Note 8. Here are some of the other features that we feel that deserves a special mention.

This year like for the rest of their flagships, Samsung has opted to upgrade the Note line-up with the new aspect ratio found in the Galaxy S8 series. With the Infinity Display (as awarded the best smartphone screen in our 2017 flagship comparison) covering the front of the phone and the bezels melting to what seems like thin air. The AMOLED display is true work of art. Known for their eye popping colours and the market leading contrast ratios, Samsung’s displays are known for their outstanding quality and accuracy. Now the Note 8 further improves on that by making their display brighter and more accurate than ever.
With a whopping 1240 nits or 75% brighter than the iPhone 7 display, the increased brightness makes images and text easier to read in direct sunlight. Furthermore, the Note 8 is also able to push the display to very low brightness levels, sending the display only down to 2 nits, making it more comfortable to use at night or in the dark.

Another huge bonus for most people out there is the IP rating. For those who don’t know what it is, the IP rating stands for how “sealed” a phone is. For instance, the iPhone X is IP 67 rated while the Samsung Galaxy Note 8 is rated at an IP 68 Certification, meaning that it is both dustproof and submergible underwater for 30 minutes.
It might not sound like much but for those rare accidents where something does spill on your phone, you’ll breathe a sigh of relief when it comes out just a little bit stickier. Best of all, it does it with the headphone jack still there.

Battery life has always been a strong point for Samsung phones in the past. With all the new power saving features of Samsung Experience and the improvements in battery technology, the Note 8 is now able to last you longer in both day to day use and in the general lifespan of the phone. With a 3,400 mAh battery, the Note 8 can comfortably last heavy users for a full work day and even light users for more than a day. Samsung also promises that the battery will not lose its capacity as quickly as previous generations, making your investment last a lot longer.

However, if the battery doesn’t cut it for you, you can top it up quickly with Samsung’s Adaptive Fast Charge. With Adaptive Fast Charge, you’ll be able to top up your Note 8 for a day’s use in 45 minutes. Did I mention that there’s wireless fast charge as well?

With all these new features, how is the software experience on the phone? Although previously, Touchwiz UX has always been on the slow side, Android Nougat has really breathed new life into Samsung devices. With further optimisations brought on by Samsung, the new “Samsung Experience” on Android 7.1.1 is something truly special. Buttery smooth and packed with features such as Live Focus in the camera, animated messages, Edge UX and of course the S-Pen optimisations. The S-Pen brings an unapparelled stylus experience to phones, with an almost ridiculous amount of pressure levels and Note specific productivity tweaks such as Live Messages and Screen-Off Memo. Every feature brings something new to the Note line-up, giving it a balance of productivity and fun to the device!

To make your Note 8 experience a little more awesome, we have compiled a list of the must have accessories for your new Galaxy Note 8.

– Frankly one of the prettiest cases out there; the Clear View case keeps your new phone free from scratches while still showing notifications on the front of the case. It’s the perfect balance between utility and aesthetics.

– Film your own 360-degree videos with the Gear 360. Start vlogging 360 style or use the panorama to capture the moment in stunning clarity.

– After filming your videos on the Gear 360, you gotta play it back somehow! Immerse yourself in VR with the all new Gear VR for the Galaxy Note 8 and enjoy videos in your own virtual cinema.

–  Have you wanted to seamlessly transform your phone into a full-fledged PC? Well with the DEX station, you’ll be able to use your Note 8 as a productivity monster! Turning your phone into a desktop experience, you’ll marvel at how easy and convenient it is to convert your phone to your workstation.

– Wirelessly charge your phone with the Adaptive Fast Charge Pad. Now faster than the previous generation, you’ll be able to top your phone up quickly and do it all wire free.

– What’s the point of having the gorgeous Infinity Display if you’re only going to load up a couple TV shows for it? Watch all your movies and shows in stunning 4K, all stored in your 256 GB SD card.

– Protect your phone with a screen protector. Coupled with the Clear View Case. It’ll protect your new Note 8 from most scratches and drops.

Join the Hype: 3 Reasons to Switch to Nintendo Switch

Is the Fitbit Blaze the top smart wear for 2016?

Samsung listened to our prayers with the Galaxy S7/ S7 Edge

The Best Deals are Here on Black Friday